Jorge Bucay shares his time between Argentina and Spain. He is a psychiatrist and a psychotherapist who conducts world-wide groups of research. Famous as a successful writer in South-America, he wrote 12 best-sellers which have sold millions of copies. This year, seven of his books appeared on bestsellers lists, which is phenomenal.

I was born today at dawn

3 million copies sold throughout the world “Tales help children to fall asleep and adults to wake up.” Jorge Bucay proposes in his new book a collection of tales he invented in order ...

I was born today at dawn 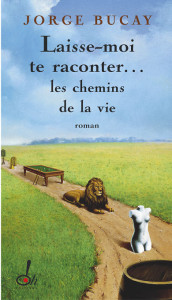 Let me tell you about the ways of life

A young man, anxious to know more about himself, consults the amazing Jorge who, each time they meet, offers him a new story. Tale after tale, from the story of The Chained up Elephant to the one ...

Let me tell you about the ways of life