Michel of Greece’s father, Prince Christopher of Greece, is the son of George I of Greece and Grand-Duchess Olga of Russia; his mother, Princess Françoise of France, is the sister of the Count of Paris.

Michel of Greece was born on 7 January 1939 in Rome, where his parents were living at the time. His father died when he was one year old, whereupon, during World War II, his mother moved with him to the house of his maternal grandmother in Morocco. Between 1945 and 1948 they lived in Malaga in Spain, before moving to Paris. After the death of his mother in 1953, Prince Michel was welcomed into the family of his uncle, the Count of Paris. He completed all his studies in France and was awarded a diploma in political science in 1960.

After that, Prince Michel returned to Greece, serving in the army in Athens and Salonika for four years. In 1965 he married Marina Karella, daughter of a Greek industrialist. Because his wife was not of noble birth, he had to renounce all claims to the Greek throne.
Michel of Greece and Marina lived outside Athens from 1965 to 1972, and it was during this time that the prince wrote his first book, History My Sister, which was crowned with the Prix Cazes.

His wife, Marina Karella, is a painter and sculptor. She designed sets and costumes for the Greek theatre and regularly exhibited in Paris, Athens and New York. Her works are on show in many art museums throughout the world.

The Black Ribbon of Lady Beresford

The Black Ribbon of Lady Beresford

Everyone dreams one day of being a Prince, and of living in a Palace alongside kings and highly placed men. Prince Michael of Greece recounts with fondness and humour his life amongst the crowned ... 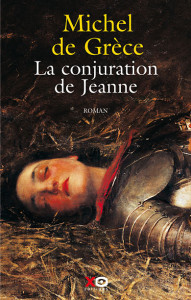 The Conspiracy of Joan

And what if Jeanne d’Arc was not the woman we thought she was… It is Sunday 20 May 1436, just as the dean of the Saint-Thibault Church, in Metz, has finished mass and is chatting with his ...

The Conspiracy of Joan 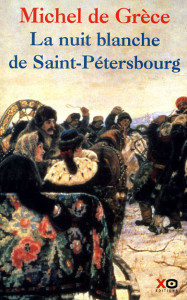 Strikingly attractive, generous and a lover of liberty, Grand-Duke Nicholas Romanoff would be spared by the Bolsheviks, but rejected by his family. Born in 1850, the eldest son of Grand-Duke ...