Sylvie Jenaly was a governess for many years before she became the Super Nanny of the French version of the eponymous show, that was broadcast on the TF1 and NT1 channels.

Her immersion into distraught families, more often than not on the verge of a nervous breakdown, has given her an unrivalled experience that she wanted to share with her book “One is not born, but rather becomes, a parent“.

She is mother to two children and lives in Haute-Savoie. 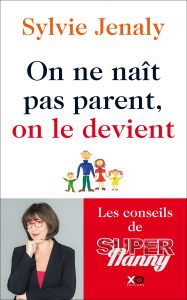 You Are Not Born A Parent, You Become One

“I have seen so many families whose zest for life has disappeared. I have seen many mothers in tears because they can no longer put up with their children. I have seen children push their ...

You Are Not Born A Parent, You Become One