Zlata Filipovic, born in Sarajevo, 11 at the time of the conflict in ex-Yugoslavia, published the journal she kept during those troubled times. Zlata’s Journal was met with huge acclaim (more than 60 000 copies sold, translated into over 36 languages). Today, Zlata works towards a more peaceful world together with various international organisations such as UNICEF or UNESCO, and other non-governmental organisations. 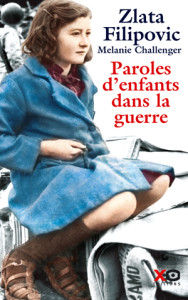 A collection of particularly powerful, emotional testimonials of children in the war from 1914 to 2004, among which Zlata’s own, an internationally acclaimed journal, that became a bestseller ...