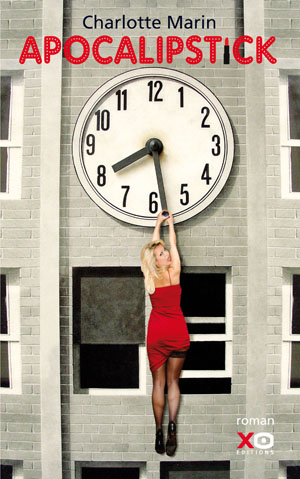 A hilarious and lively debut novel, with one cinematically paced comical scenario after another, laced with real emotion and feeling.
An exceptional debut novel.

Who is this blonde, climbing out the window barely clad in a sheet?

Name: Charlotte Malère
Age: A thirty years old
Profession: Film critic
Distinguishing feature: is prone to the most unlikely mishaps
Charlotte wakes up one morning, alone, handcuffed to the bed of her lover, Richard Bouvier, the famous movie producer. So as to skip breakfast with the wife, she untangles herself, bolts into the street, and into the car of a passing stranger. She grabs his coat and takes off… Only to come face to face with him five hours later, as the sing shoulder to shoulder at a school fair. Could these be the first notes of a love story?

An eternal optimist, excessive and passionate, Charlotte is a little drop of madness that disrupts your life in the most surprising of ways, which moves you, and, ultimately, speaks to you.