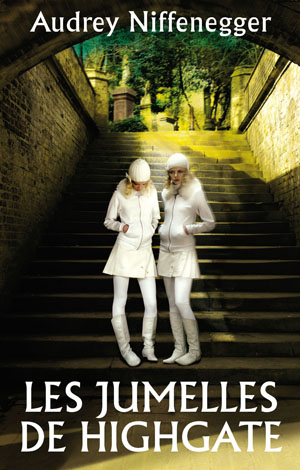 Julia and Valentina Poole are semi-normal American twenty-year-olds with seemingly little interest in college or finding jobs. Their attachment to one another is intense. One morning the mailman delivers a thick envelope to their house in the suburbs of Chicago. From a London solicitor, the enclosed letter informs Valentina and Julia that their English aunt Elspeth Noblin, whom they never knew, has died of cancer and left them her London apartment. There are two conditions to this inheritance: that they live in it for a year before they sell it and that their parents not enter it. Julia and Valentina are twins. So were the estranged Elspeth and Edie, their mother.

The girls move to Elspeth’s flat, which borders the vast and ornate Highgate Cemetery, where Christina Rossetti, George Eliot, Radclyffe Hall, Stella Gibbons and Karl Marx are buried. Julia and Valentina come to know the living residents of their building. There is Martin, a brilliant and charming crossword-puzzle setter suffering from crippling obsessive compulsive disorder; Marijke, Martin’s devoted but trapped wife; and Robert, Elspeth’s elusive lover, a scholar of the cemetery. As the girls become embroiled in the fraying lives of their aunt’s neighbors, they also discover that much is still alive in Highgate, including — perhaps — their aunt.

Author of one of the most beloved first novels in recent years, Niffenegger returns with an unnerving, unforgettable and enchanting ghost story, a novel about love and identity, secrets and sisterhood and the tenacity of life — even after death.