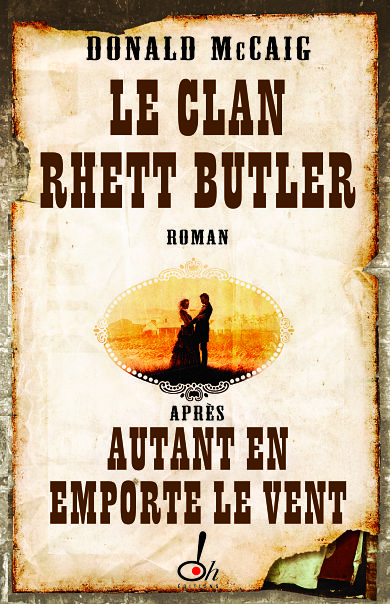 He was the man behind the legend of Gone With The Wind…
The time has come to tell his story. Get RHETT.

Through the storytelling mastery of award-winning writer Donald McCaig, the life and times of the dashing Rhett Butler unfolds. Through Rhett’s eyes we meet the people who shaped his larger than life personality as it sprang from Margaret Mitchell’s unforgettable pages: Langston Butler, Rhett’s unyielding father; Rosemary his steadfast sister; Tunis Bonneau, Rhett’s best friend and a onetime slave; Belle Watling, the woman for whom Rhett cared long before he met Scarlett O’Hara at Twelve Oaks Plantation, on the fateful eve of the Civil War.

Of course there is Scarlett. Katie Scarlett O’Hara, the headstrong, passionate woman whose life is inextricably entwined with Rhett’s: more like him than she cares to admit; more in love with him than she’ll ever know…

Brought to vivid and authentic life by the hand of a master, Rhett Butler’s People fulfills the dreams of those whose imaginations have been indelibly marked by Gone With The Wind.

The Virginia Quarterly on Jacob’s Ladder