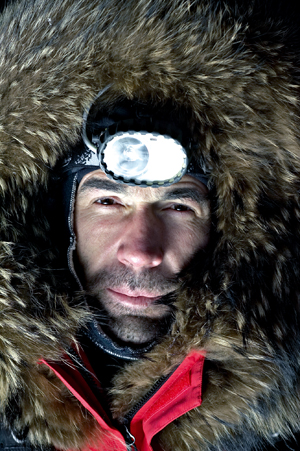 Mike Horn was born on July 16th 1966 in Johannesburg, where both his parents were teachers. During his childhood, he does much sport. He tries many disciplines, such as rugby, cricket, athletics, tennis, bike, etc…, at which he is pretty good.
Between the age of 18 and 20, he is Lieutenant of the South-African Special Forces. Then, back to civilian life, he graduates in Science of Human Movement at the University of Stellenbosch.
Afterwards, he works for his uncle’s fruit and vegetables firm in Johannesburg, in which he is very successful. His life changes when he makes an exceptional transaction with… cabbages! Selling a cargo three times as the market price, he makes a lot of money.

He is 24 years old. He decides to start a new life. He gives everything he owned to his relatives and friends, keeping only a rucksack, some clothes and enough money to buy a plane ticket to Europe. In those times, only three countries used to accept South-Africans without a visa: Israel, England and Switzerland. One Monday, Mike Horn goes to the airport and asks for a ticket to one of these three countries… The first fly is to Zurich. Then, it will be Switzerland…
The first times are tough and Mike Horn keeps on changing from one job to another. He works as a farm hand, a river keeper, a barman, a woodcutter, a grape-picker, he learns how to ski, becomes a skiing instructor… and discovers the river sports, such as rafting, canyoning, hydrospeeding…

In 1991, he embarks on his first adventure: he explores the Peruvian Andes rafting and paragliding. Thus was he bitten by the adventure bug… He is asked then to become member of the “Sector No Limits” team, a group composed of twenty athletes ready to push away and away the limits of what is possible. So, Mike body-boards down the Mont Blanc glacier, to Nice.
In 1995, in Costa Rica, he beats the world record of hydrospeed waterfall jumping, with a 22-meter jump. In 1997, he embarks on his first expedition: alone, he walks through South-America for 6 months and ends with swimming down the Amazon from its Peruvian source to the Atlantic Ocean.
Sailing is one of his passions, learnt from one of the best teachers: Laurent Bourgnon. With him, he wins the multihulls Grand Prix. Then he joins the Mari Cha III’s crew, a 45-meter monohull that, crossing the Atlantic Ocean, beats the world record.
In 1999, Mike Horn is ready for a new unique expedition: he goes round the world following the equator without any motor transport. Latitude Zero (XO, 2001) tells about this extraordinary adventure. Thanks to this first, he is elected by many renowned sportsmen and women best alternative sportsman of the year and wins a prestigious “Laureus Award”. He is also elected best sportsman of the year by Outthere Magazine and wins the Golden Fleece of the Dijon Adventure Film Festival.
With “Arktos”, his expedition along the Arctic Circle, alone and without any motor transport, he beats a new record in the history of extreme adventure.

Mike Horn still lives in Switzerland, with his two daughters, Annika and Jessica. 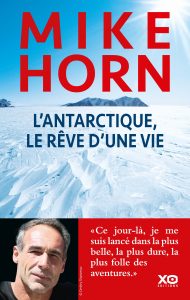 “Crossing Antarctica was my childhood dream. I decided to face this white immensity by following an unexplored itinerary, the longest that one could imagine: 5100 kilometers in an almost ... 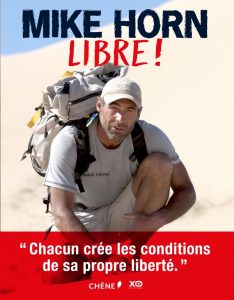 « I always knew that freedom was reliant on our inner soul. » Through his expeditions, Mike Horn, despite all incidents, loneliness and extreme conditions, has always been pursuing the one and ... 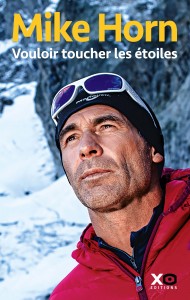 One Moutain at a Time A call to live freely and to follow your dreams. A crazy challenge: four 8000m climbs in the Himalayas, one after the other. You only climb the mountain of life one time. ... 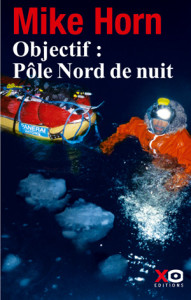 After Conquering the Impossible, Mike Horn takes us on a journey into darkness and ice that defies reason. “In front of us gaped the mouth of Hell. An endless night, abysses of cold where no ...

The Horn daughters put to the adventure test… Everybody knows Mike Horn. He is a professional adventurer who carried out some amazing solitary expeditions: he swam down the Amazon, he went round ...

“If a man is motivated by an idea, the impossible no longer exists…” – Mike Horn Mike Horn had an idea. He wanted to attempt the impossible: to circumnavigate the 20 000 kilometres of the artic ... 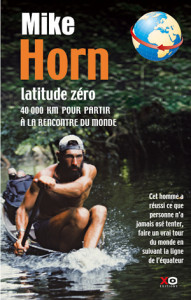 This man did what no one before dared to try: going round the world following the equator. When Mike Horn is haunted by a dream, he makes it come true. This 35-year-old South-African crossed the ...