Married with two children, Sophie Audouin lives in Paris.
Sophie Audouin-Mamikonian’s first writing attempts were feverish sketches of fantasy fiction. Since then, the pen has rarely left her hand. She wrote Tara Duncan between 1987 and 1990, but only found a publisher in 2003, when magic became fashionable thanks to Harry Potter.

Now Tara Duncan travels around the world both in book form and in animated form!

Home video rights to Tara Duncan have been acquired by Universal Pictures in France France where the series airs on M6 and The Disney Channel.
The animated series has been Nominee in France on the TC and Radio Awards 2011, category Young Adult. 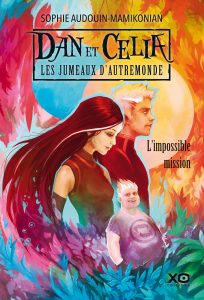 Dan & Celia The Twins of OtherWord

Celia and Dan are now thirteen. Dan dreams of following in the footsteps of his illustrious parents. Celia, for her part, is as timid and fragile as her brother is strong and bold. To prove his ...

Dan & Celia The Twins of OtherWord 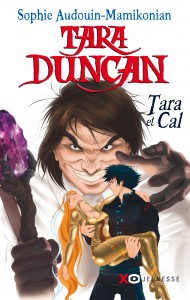 Is a Spellweaver without magic still a Spellweaver? A new era has begun for Tara Duncan. She who was undoubtedly the most powerful Spellweaver that OtherWorld had ever seen has lost her magic. ... 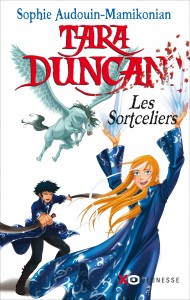 Humor, adventure and magic for the first volume of the exploits of a Spellweaver like no other! Tara, an ordinary young girl, learns that she is a Spellweaver. She finds it rather corny…. She ...