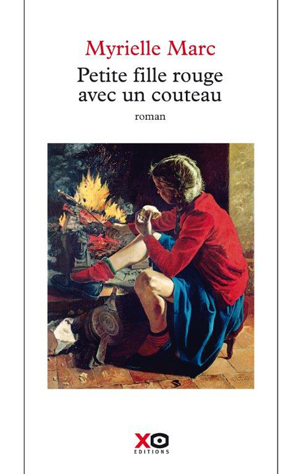 “Over there, that’s my secret notebook, anyone that finds it better watch out because whoever reads my secrets inside, I’ll knock their brains out . So watch out. My secrets are the Empire.”

This book is the profound, moving and funny secret diary of a young girl of about 10 years old living in western France in the 1950s. She is rebellious, and rowdy. She likes being foolish and she carries a knife. Day after day, she jots down the story of her Empire, a world for her friends and herself parallel to the grownup world.

This Empire, this childhood remind us of our own: our dreams, hopes, our strengths and our simple happiness…these characteristics of childhood, so quickly under threat, bitten away as time passes by and which one day collapse, as all childhood dreams must.

Though the story is solemn, the novel is humorous, the little girl remains sassy, and full of life, right up to the end, in spite of any difficulties in her path.

Myrielle Marc began writing Little Girl with Red Knife at age 15. It was successfully published in 1977 and was awarded a prestigious literary prize by the Académie française that same year. but has been out of print for over 10 years until XO Editions decided to make it available to the public once again. Myrielle Marc lives in the Loire Valley and this is her fourth novel. 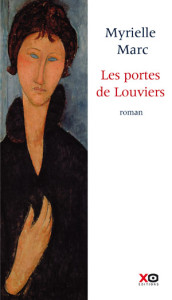 The Gates of Louviers

Myrielle Marc delivers a magnificently constructed novel, about a woman rebuilding her life after a breakup, about solitude, freedom and hope… Pauline has children, and as of this morning, ...

The Gates of Louviers 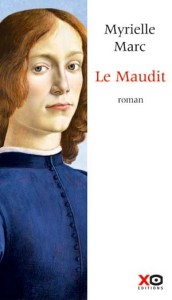 Pain, duty and the law Will seal the fate of two wondrous, timeless characters A harsh, violent, entirely gripping story. On a distant, maybe imaginary, island of the North, a young man is ... 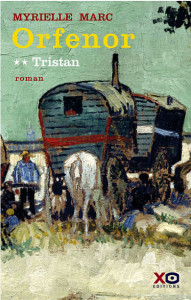 A family from a bygone age in an ancient house, caravans that appear out of the blue, a small black suitcase, a piano in search of an identity, and the story of a great love affair. And reigning ...