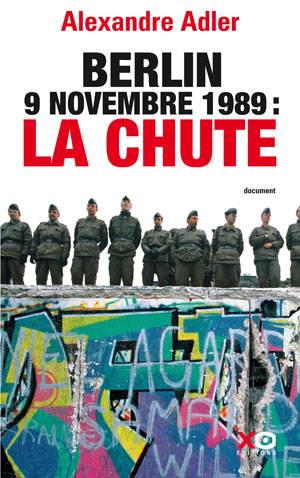 Twenty years ago, the Berlin wall fell, and our world, divided for half a century between a preternaturally hostile East and West, changed forever.
No one could have predicted the events of November 9th 1989, when the Wall, symbol of the cold war, fell without a single drop of blood being shed.
And yet, this strange revolution originated at the beginning of the cold war.

Already in 1952, Stalin, inspired by Beria, chief of the Soviet security apparatus, wrote a note to chancellor Adenauer proposing to reunite Germany. The aim of this plan is to normalize the relationship with the West, to reinforce the domination by the empire in the East.
During the 1980s, when the Soviet Union was starting to show its first signs of weakness, Andropov, the new secretary of the Party, and ex-president of the KGB, reconsiders the secret “Beria plan” in order to save the Soviet empire.

However, during the execution of this “imperial reform” plan, the Soviet leaders realise they are in over their heads, submerged by the forces they themselves called into action, until the brutal acceleration caused among other things by the economic crisis which precipitated the events of November 1989.

Once the Wall fell, the shockwaves from East Berlin reverberate, everything snowballing from there, until August 1991, when the entire Soviet block disintegrates, and the world is changed forever