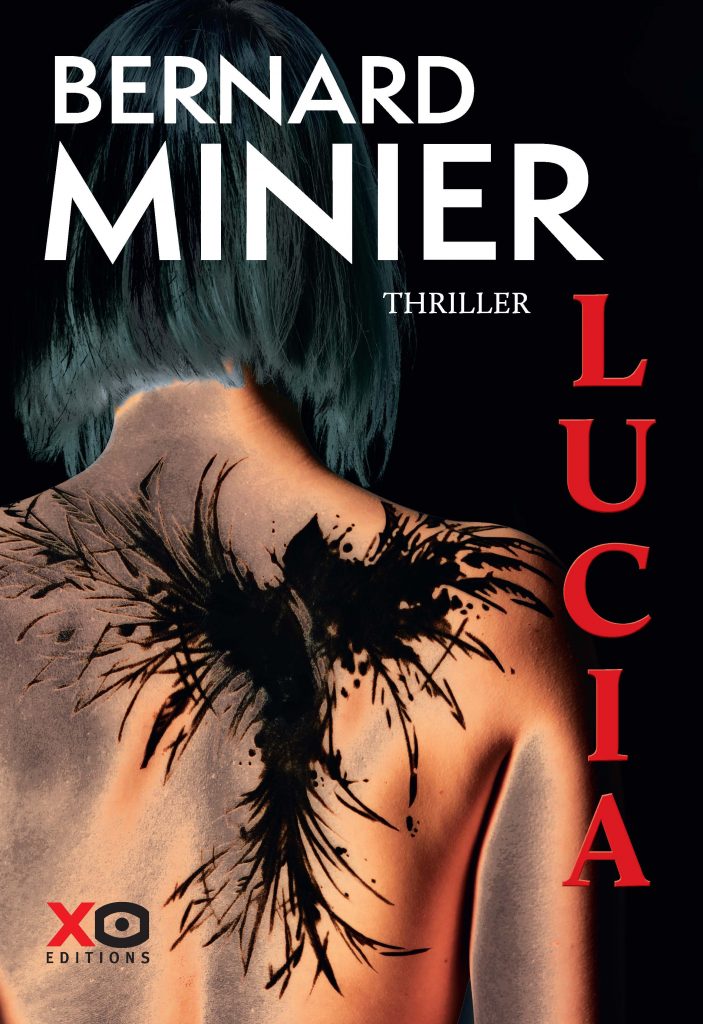 A group of criminology students at Salamanca university discover the existence of a serial killer who has gone undetected for several decades and who stages his crime
scenes to resemble Renaissance paintings.

In Madrid, Detective Lucia Guerrero finds her colleague crucified on a calvary and sets out to follow the trail that leads to the man they nicknamed “The Glue Killer”.

They are all confronted with their own past, their worst fears, and a truth more terrifying than any legend or myth.

A new & endearing heroine who follows a trail of unspeakable crime

Fear, mystery, surprises, terror & anguish are all on the menu

Baroque painting is the appetizer & mythology the dessert

Contemporary Spain is the backdrop

With Lucia, your new thriller, you cross the Pyrenees to take us to Spain. You say this choice echoes your own trajectory…

My mother was born in Northern Spain, in the highlands of Aragon—where part of the novel is set. She arrived in France at the age of eight. I myself discovered my mother’s birthplace when I was a teenager, and then in my twenties, the rest of Spain. That was at the time of La Movida, the great cultural and political counterculture movement that originated in Madrid and shook all of Spain at the beginning of the 1980s. It was electrifying, exciting, crazy. To be young and live through it was a privilege, a stroke of luck. Spain became home to the avant-garde of many movements (for example, the one to combat violence against women). You can feel it in Spanish literature, film and TV series.

Why did you choose a female character, going as far as naming the book after her?

A beautiful name and a beautiful title. I don’t know how you could better bring this new story to life than by giving it the name of its heroine. And what a heroine she is: rebellious, tough, insolent. I’m sure that readers will become as attached to Lucia as they were to Servaz. That said, female characters have always played a big part in my novels, ever since Iced, in which Irène Ziegler and Diane Berg took up almost as much space as Servaz. The main character in M, The Edge of the Abyss, was Moira, an expert in artificial intelligence. My core readership is made up of women, as insolent as Lucia herself. They don’t let me get away with anything. Besides, Lucia didn’t appear out of thin air: she takes after some admirable women living among us. It gave me the greatest pleasure to bring her to life. Lucia Guerrero, la Guerrera: the Warrior. She has to fight for her place in a world that remains a world of men, even if less and less so, that of the Spanish police, the Guardia Civil.

Without giving away the plot, what is the gruesome reality this Guardia Civil detective will have to face?

A killer who gets his inspiration from Renaissance paintings, to be more precise, paintings that were themselves inspired by Ovid’s Metamorphoses. As we know, the Greek and Roman Gods were as violent, jealous, perverted, dishonest and manipulative as mere mortals. It follows that the Metamorphoses are filled with murders, punishments and abominable acts. Lucia will also work with a group of criminology students and their professor from the University of Salamanca (this group actually exists, I met them… but naturally I embellished a bit).

And as usual, you spent time on location. You delved deep into the extraordinary city that is Salamanca, and met some of the university faculty, members of the Civil Guard, experts.

I agree 100% with Michael Connelly when he said “I want not only the streets, the restaurants and the bars to be real, but also the bureaucracy and the political system – everything that makes up our day-today. If the novel’s universe is realistic, my characters take on a realistic shape.” And Salamanca itself is like a movie set. It’s a vehicle for time-travel. My writing is quite visual, and Salamanca had all I needed: a plethora of old stone; narrow streets lit by lanterns; monuments imbued with history. Take the Plaza Mayor, by far one of the most beautiful squares in Spain. You can find medallions of the busts of Rodrigo Diaz de Vivar, better known as El Cid, of the Catholic monarchs Isabelle and Ferdinand, of Christopher Columbus, of Hernan Cortès, and of Francisco Pizarro. As it states in the book, according to Salomón Borges—who holds an endowed chair at the University of Salamanca and is himself an important character in the story, it is “A civilization in which the bricks were made of cadavers and the cement of blood […] just like all civilizations since the beginning of time.”

Will Lucia be a recurring character?

I think that once readers get to know her, they will love the same way they love Servaz. In any event, I will definitely bring her back. I like that Lucia! She doesn’t fake it, either in her actions or her emotions. She goes for it, she’s genuine. I could certainly alternate between her and Martin (I already have an idea for Martin’s next book, which addresses survivalism, conspiracy, and sectarian movements). Up until the day they…A crossover? Why not? But all in good time…

“Lucia Guerrero, has the same obstinate warrior’s determination as Stieg Larsson’s Lisbeth Salander. A thriller of a kind not seen since Millenium.”
Anne Crignon, L’Obs

“A heroine as intrepid as she is determined.”
François Lestavel, Paris Match

“Minier remains at the height of his powers. Lucia, his new heroine, is full of twists and turns.”
Louis-Henri de la Rochefoucauld, L’Express

“Readers will love the new saga by this master of the genre.”
Bruno Corty, Le Figaro Littéraire 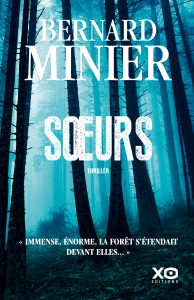 Poor fallen souls, I had to kill you… May 1993. Two sisters, Alice 20 years old and Amber 21 years old, are found dead on the banks of the Garonne. Clad in communion dresses, they face each ... 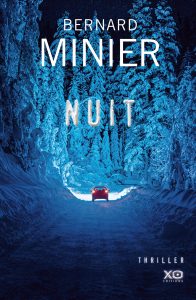 Servaz finally returns for a nerve-racking confrontation with Hirtmann It is a stormy night on the North Sea. Shaken around by violent winds, the helicopter lets Kirsten Nigaard off on an oil ... 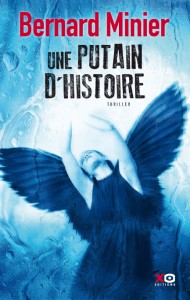 A Hell of a Story

A new nightmare begins! Bernard Minier invites himself into your nights. “I will never go back to the island. Even if Jennifer Lawrence herself came to my door and begged me to go back, I ...

A Hell of a Story 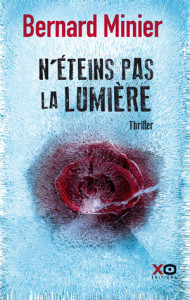 Don’t Turn Out the Light

“You did nothing.” Christine Steinmeyer thought the letter she found in her mailbox on Christmas Eve wasn’t meant for her. But the man calling in to her radio show seems convinced ...

Don’t Turn Out the Light 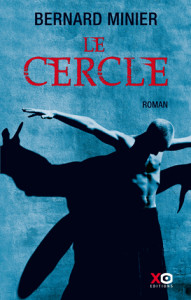 June 2010. In the middle of a World Cup match, Martin Servaz receives a call from a long-lost lover. A dozen kilometers away in the town of Marsac, Classics professor Claire Diemar has been ... 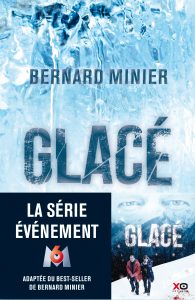 Best French Novel Price at the Festival Polar de Cognac 2011 Embouchure Price 2012 In December 2008, in a valley deep in the Great Pyrenees, the employees of a hydroelectric plant discover, on ... 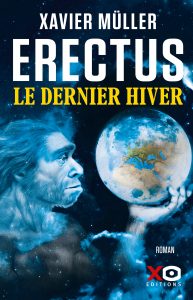 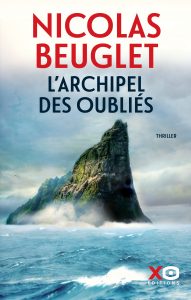 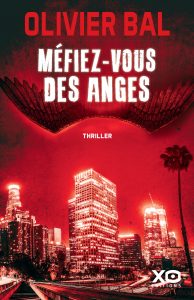 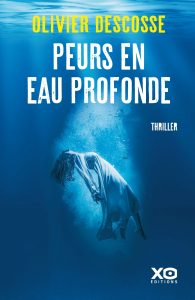 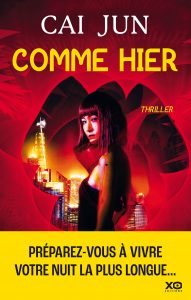