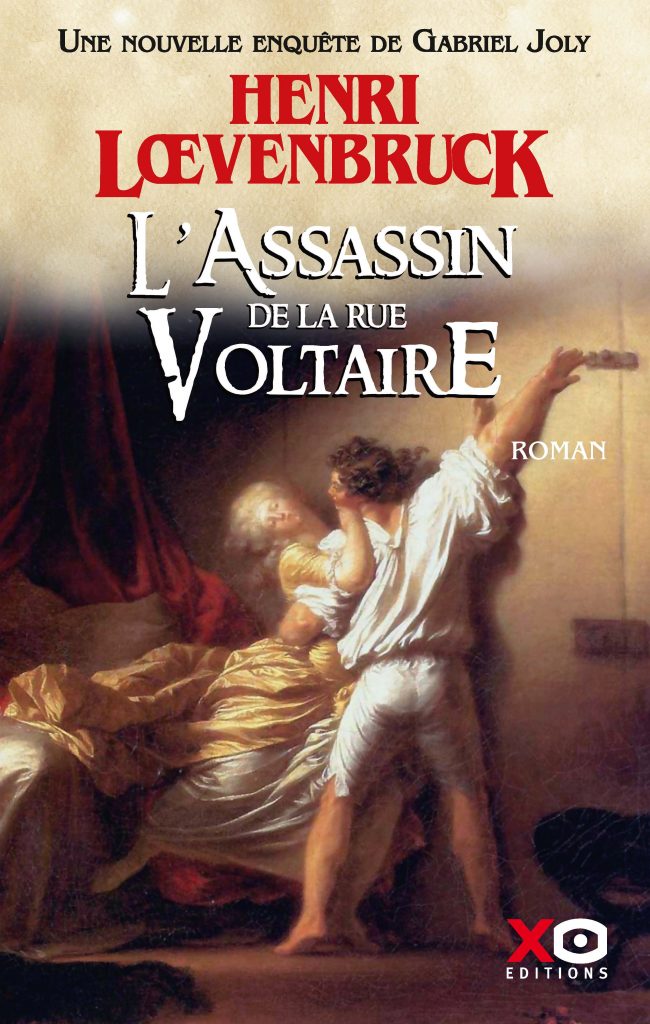 A new Gabriel Joly investigation set in the Comédie Française

Paris, August 1789. On one end, The Declaration of the Rights of Man and the Citizen is being drafted… On the other end, people are assassinated…

Behind the curtains of the Comédie-Française, bodies are horribly mutilated.

The shadow of a dark man… Actors, spectators, revolutionaries, the suspects are all over … An infernal hunt!

The nascent revolution is continuing to shake the whole of France, while in Paris, the mysterious Wolf of the Cordeliers – whom had been thought dead – reappears in the alleyways of notorious neighborhoods. As for Gabriel Joly, the young investigative journalist, he is taken over by this strange case of murders in the Comédie-Française.

With the help of his faithful friend, the extraordinary pirate Récif, Gabriel will carry out a secret investigation with his usual sagacity. Real and false testimonies, hot pursuits : will he succeed in unmasking the author of these odious crimes? And what if the Wolf of the Cordeliers himself became his best ally?

A great historical novel, fast-paced and gripping, set in the French Revolution