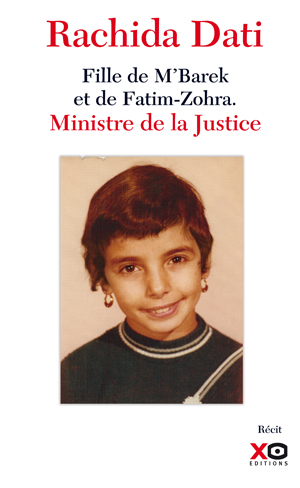 18th May 2007. On the steps of the Elysée Palace, her name is called: “Ms. Rachida Dati, Attorney general.”

Rachida Dati, daughter of a worker from Chalon, is named Minister for Justice, one of the most emblematic positions in our democracy. How did her path lead her to this? That is a question that many ask themselves, some with barely veiled condescension, others because this young woman embodies the hope for a better life.

In these pages, Rachida Dati wanted to tell us her story, about her childhood, the confidence instilled in her by her parents, who came to Chalon-sur-Saone in 1960 and raised their twelve children there. With hard work, optimism, and drive, this young nurse’s aide went through the journey that led her to become Minister for Justice, and today, Mayor and Member of the European Parliament.

Beyond the hostility, the pitfalls and the sorrows, her strained marriage, the passing of her beloved mother, she tells all about the encounters that were her turning points, and of course, the happiness of giving birth to her daughter, Zohra.

A story told with confidence, and honesty, which, underneath the picture drawn by the media, unveils a woman who has walked down a very long road, without losing the joy in her life, and her faith in the future.