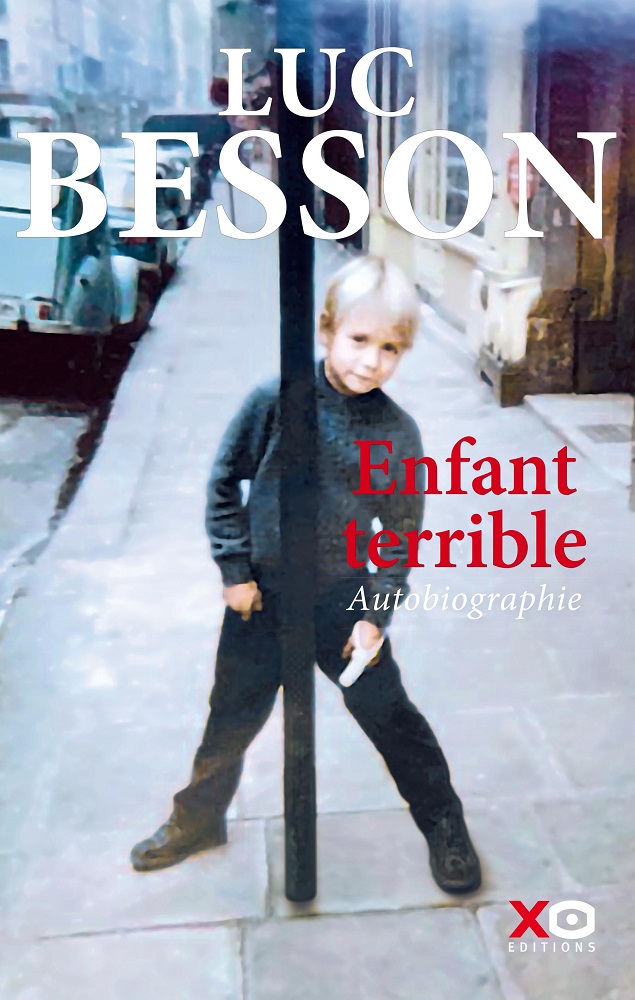 “I’m going to tell you a story. My story. Close-to, without reflection or pretence. With the voice and the thoughts I had as a child. Nothing but the raw truth as I lived it and before it was magnified by time. I haven’t seen that little boy for such a long time – how I would love to see him again. “
Luc BESSON

Enfant terrible is the first autobiography by film director and producer Luc Besson. He recounts his wild, solitary youth and the “world of dreams” he built to protect himself and to make himself feel loved.
He revisits the day when, against his mother’s wishes, he left his secondary school to take the train “for Paris, to go and make films.” It was the beginning of an incredible battle to make his mark and produce his first full-length film.
In this sensitive, no-holds-barred book, which reads like a novel. Luc Besson also has us relive the astonishing adventure of Le Grand Bleu a work reviled by the critics but that would become the cult film for an entire generation.