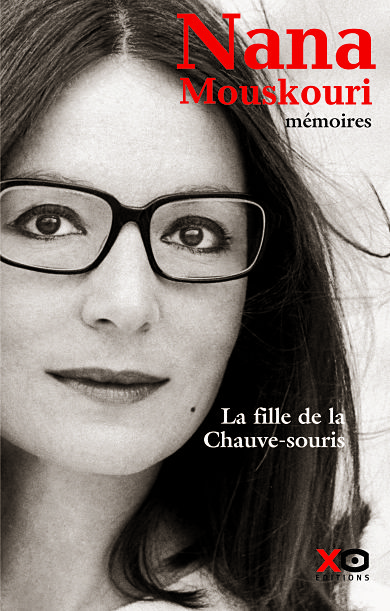 From her earliest childhood memories of mid-Thirties Greece to her unstoppable rise to the summit of her profession, reminiscing without false pride but always with passion, Nana Mouskouri tells the story of her life for the very first time.

The life of a child experiencing the horrors of war and privation, victimized by bitter parental discord, stigmatized by her father’s fatal addiction to gambling.

The life of a shy, inhibited teenager kept alive only by her passion for singing, a girl forced to choose between her love for classical music and her fascination with popular song.

The life of a woman racked by uncertainties and the torments of love. A woman struggling to balance music – her reason for continuing to live – and her role as wife and mother.

The life of a responsible citizen of the world, committed on behalf of UNICEF to the fate of suffering children everywhere, an elected member of the European Parliament, and the recipient of the coveted World of Children Award in 1997 for her humanitarian
activities.

And of course the life of the star we all know, from her beginnings in the night clubs of Athens to her triumphs on the world’s most glittering stages. Nana launches us into the whirlwind of her international tours, taking us to Canada, the United States, Japan and Australasia as well as every country in Europe. She describes, blow by blow, how she fought to win over audiences everywhere. In Britain, for example, where she has enjoyed dazzling success ever since her first English album Over and Over. In quick succession, twenty-three of her titles appeared on the Charts. In Germany, with Weisse Rosen aus Athen (which sold over a million copies in a matter of months). In Australia, where she achieved fourteen Gold Records in 1974 alone. And in the whole world with Song for Liberty, performed in five languages and top of the charts wherever it appeared.

A rich and astonishing life studded with exceptional encounters and friendships. The incomparable trumpeter Quincy Jones, heir to Duke Ellington and Ray Charles and a musician Nana had secretly worshipped since childhood, introduced her to the United States and became her producer. Or Yvonne Littlewood, the famous BBC producer who made Nana a leading star of British television in the 1960s and remains one of her closest friends. The Queen of England, Bob Dylan, Frank Sinatra, the Empress Farah Diba of Iran…a galaxy of extraordinary figures each of whom played a vital part in Nana’s career.

An intimate backward look, rich in humanity and in music, a spotlit circumnavigation of the planet. A book that is also an event.