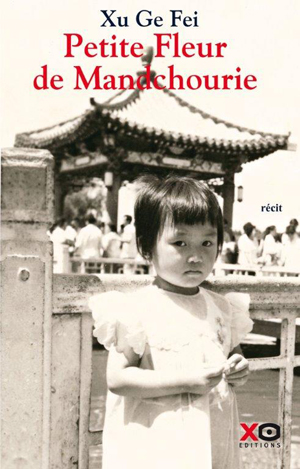 The astronomic journey of a young Chinese girl, born in a woodsmen’s camp, into a family broken by the Cultural Revolution, who learned English by listening to the radio, and through sheer willpower, carved the path of her own unique destiny.

One evening in 2007, in one of the high towers of Shanghai, Fei, aged 27, sees a strange apparition in her office. A tiny black piglet, with a pink spot around his right eye, is staring at her, his little behind parked on her office floor. Panic-stricken, Fei seems to be the only one who can see it. Does she have some kind of brain condition? Are these hallucinations a sign of impending doom for her short existence?
Fei took this opportunity to tell us her incredible story…

Second child in a family made destitute by the Cultural Revolution, Fei is registered under a false birthday by her mother to avoid paying the fine stipulated by the only-child law. Extremely poor, her parents are nonetheless devoted to their children, beyond all measure, as they will later prove by selling all their earthly possessions, from their apartment all the way down to the last piece of jewelry, so Fei can leave China. While her brother is being tutored by their grandfather, Fei is forbidden from listening to their lessons. The fact that she is excluded from knowledge because she is a girl and therefore ‘unimportant’, nurtures in her a profound sense of injustice. Fei swears to herself that she will one day provide all the little girls like her with the books that they are kept from in their own homes.

The opening of the country to the capitalist world, decided by the Communist Party in the eighties, is the stimulation behind China’s exponential growth.

To the dismay of her family, and with great risk to her life at times, Fei rejects the path that has been selected for her of marriage to the kind government official husband, and embarks alone, at the age of 19, on the unbeaten road that will lead her one day to Paris.

Fei arrived in Paris when she was 24. Two years ago, she launched a publishing house to devote herself to her passion: cultural exchanges between China and the West, through the adaptation of Chinese graphic novels. This year she has published the Chinese famous series of Judge Bao.