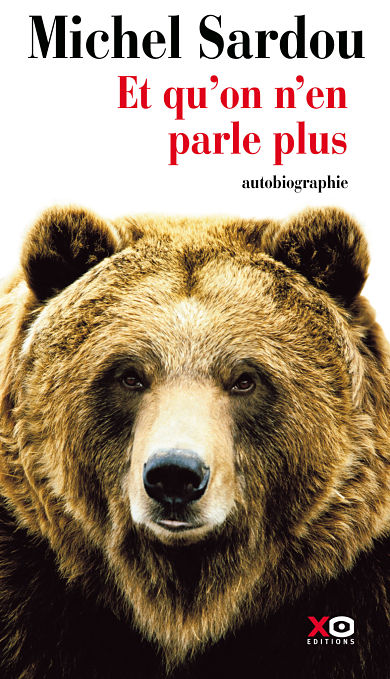 No more talk about it

“A bear. That’s what everyone thinks of me. And that is the truth.

If I had prepared a plan for this book, which I did not, what would have been in it? My birth, my school years, the army – I specify the army without war – three marriages, my children, my songs, my grandchildren. Let’s add, as it happens to everybody else, administrative and other hassles, a few drunken celebrations, one or two extramarital affairs, to boast a bit, and then finally what?

I cannot help thinking that at the end of this memoir, I am now as old as my father was when he died. My God, how I regret not having known him better. Neither of us knew how to take the first step. He was watching me I know, but never a word to me. Trust was never his thing. Perhaps he hoped that I would discover him by myself at a specific moment in my life? I’m trying, Dad, I’m trying…”

This book is an event. Michel Sardou, who had never related his life, speaks out for the first time. In turns casual, ironical or furious, he continues in this surprising autobiography an energetic – and imaginary – dialogue with his mother Jackie.