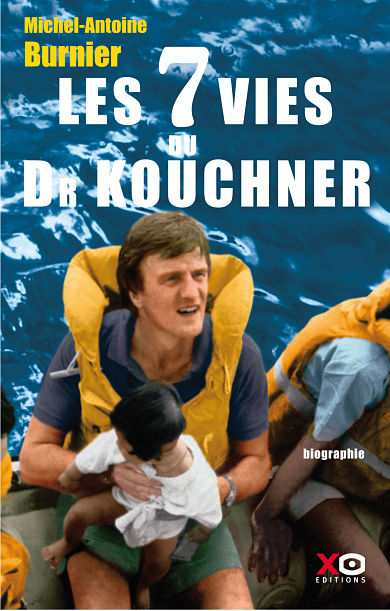 The 7 lives of Dr Kouchner

Founder of Doctors without Borders, then World Doctors, activist, journalist, gastro-enterologist at the Cochin hospital, scriptwriter for a famous TV show, first of the French Doctors, European Deputy, Minister, at one point Head of State for Kosovo, man for the left in a right wing government… Today he is Minister for Foreign Affairs in France.

Who is Bernard Kouchner ?

Born into a world at war in 1940, as a school pupil then as a student he campaigns for peace in Algeria, in Vietnam, in Latin America… At the end of his medical degree, he goes on a mission for the Red Cross in Biafra. We are in the year 1968, at a time when one has to heal and stay quiet, when te whole world closes their eyes rather than see the wars and the famines raging in the Third World. But Bernard Kouchner refuses to stay silent. No one is even trying to stop the massacres, and he finds that unbearable. He enters public life. And thus was born the right for humanitarian ingerence, given to French Doctors. Bernard Kouchner shall dedicate his life to imposing it worldwide.

Since then, he has participated in all the fights for others, across all the continents, often risking his own life in the process. Afghanistan, Cambodia, Peru, Chad, Lebanon, Salvador, Chinese sea, Kurdistan, Rwanda, Ethiopia, Somalia… The adventures he tells here are tragic, and fascinating, and laughter often comes to the rescue of the doctor, plunged into horror and madness.

As we read Michel-Antoine Burnier’s account, we discover the seven lives of Bernard Kouchner. The common themes to all of them are generosity and adventure.