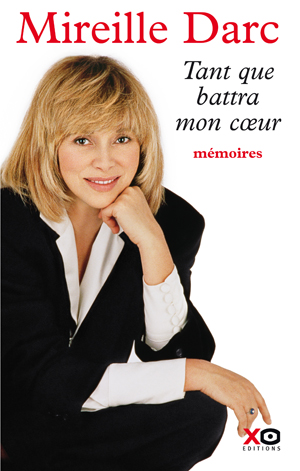 Until my heart is beating

“Writing about my life took me more than a year, during which I have always been switching from laughter to tears. Am I proud of the result? I am proud of achieving it… For the rest, I just listened to what my heart was telling me.”

From La Grande Sauterelle by Georges Lautner, to Week-end by Jean-Luc Godard and Le Grand Blond avec une chaussure noire by Yves Robert, who has never heard of Mireille Darc?

Mireille Darc was born in Toulon on May 15th 1938, the third child of a most humble family. When she is fourteen, she decides to go to the Toulon Conservatory to learn how to act. When she is twenty, she goes to Paris, for she intends to become a member of the Comédie Française. But, very quickly, she is spotted by Claude Barma to play in La Grande Bretèche. She chooses then to be a film actress.

In 1968, she meets Alain Delon, that she intimately pictures as a tender and sweet man… Their love affair lasted for fifteen years.

In 1980, she has an open-heart operation by Professor Christian Cabrol who saves her from an announced death. Such a painful experience leads her to write a documentary film. She switches thus from acting to directing, choosing subjects such as organ transplants, prostitution, prisons for women…

Eight years after the tragic death of journalist and writer Pierre Barret, her second love, Mireille Darc meets in 1996 with Pascal Desprez, an architect. They are married now.

“This is a splendid book. A confession book stamped with delicacy, strength and courage, understanding and forgiveness.”
France Soir

“This book is about the extraordinary destiny of a woman. Mireille Darc tells everything about her childhood, her career, the years she spent with Alain Delon and the tragic events of her existence.”
Le Parisien

“She tells about her life with elegance and sincerity. A book that will make your heart beat faster.”
Le Figaro Magazine

“An account both funny and moving, both sincere and genuine.”
Ici Paris 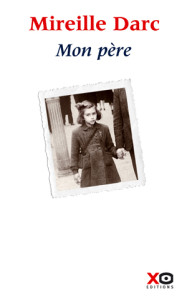 Two years ago, while walking on les Champs-Elysées, Mireille Darc meets with destiny through a stranger woman, who told her a stupefying revelation. This woman has got a « message » for her from ...