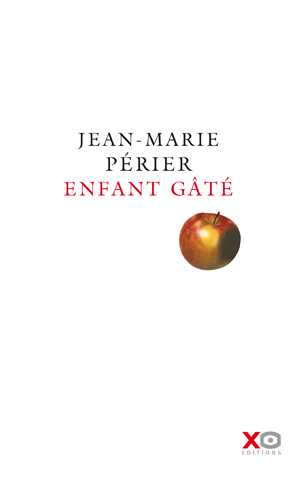 We all know Jean-Marie Périer, the photographer of the idols for “Salut les Copains” in the gay 1960s, today still the photographer of the stars for Elle and other magazines, the talented TV and movie director (Antoine and Sebastien). Or at least we think we know him-his eye glued to his still cameras or his movie camera. But in reality, he is a secretive man who knows how to expose the other but does not reveal himself. That was then. Today, he writes:
“It is a bit conceited to talk about one’s life. To be honest, it would take as long to write it down as it did to live through it.”

How strange is memory, when one decides to let it speak.

“I realize very well that what I write is fragmented and telegraphic, as if I wandered through memories. Today, I interpret them in a certain way, but tomorrow? Memories are like dunes when the winds blows their sand across the desert-they constantly change shape but they are always there, just like the scattered memories of my life.”

However, Jean-Marie Périer takes us by the hand, leading us through his childhood memories, at a time when his mother, “the most beautiful woman in Paris”, was still alive. She was the actress Jacqueline Porel, the granddaughter of Réjane. Then, after she was gone, he says, “there was no longer her voice in the bathroom, no more games following her perfume across the rooms, and no more of her hands through my hair…”

From then on, it was his father, Francois Périer, who took care of him, in Neuilly. He would come home from the theater and say : “Good evening, my little Jean.” That was the time when he played the piano from morning til evening.

Until that one day, in 1956, when everything fell apart. A friend of his mother told him: “Well, my boy, your father is not your real father…” “This is your father!” he said, showing him a record cover of Henri Salvador. Jean-Marie is 16 years old at the time, and he doesn’t know him.

A wonderful book, surprising and deeply moving. A book that touches our heart and changes us. A sensitive book.

By writing this book, Jean-Marie Périer was not “conceited.” We must dive into its pages to understand-so, let’s open them.…

“A book as hardly seen before… A confession book that has nothing in common with that style of writings. Just because it was written with style.”
Le Parisien

“Jean-Marie Périer got the Biography Prize from the Limoges Book Show… An award that he definitely deserved.”
Elle 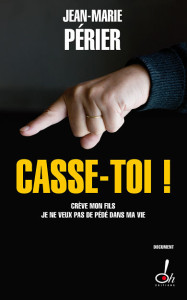