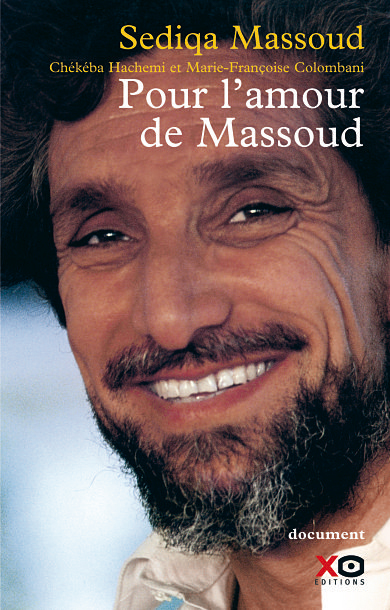 My Life with Massoud

Commandant Massoud was assassinated by Islamic fundamentalists on 9th September 2001, two days before the attacks on the World Trade Centre. A hero for many Afghans, the ‘Lion of Panjshir’ had emerged a legendary figure in Afghanistan’s turbulent recent history. Not only had he played a critical role in driving the Soviets from the country, but later he had been an intrinsic part of the resistance, coordinating a coalition of opposition forces, the Northern Alliance, against the Taliban regime. In her touching memoir, his wife Sediqa offers us a unique and intimate portrait of this charismatic warrior.

Sediqa was eight at the time of the Soviet invasion and therefore well-accustomed to the constant bombings, and the fear and hiding that accompanied them. She was also the daughter of one of Massoud’s most trusted lieutenants, so knew him growing up, but never for an instant imagined that she would one day become the wife of this great and cultured commander, whom everyone held in such awe. But Massoud had noticed the pretty young Sediqa, and knew that in spite of her relative lack of education and her age (she was 17 and he 34 when they married), she had some idea of what life at his side would involve. So he asked her father for her hand in marriage. After some initial reservations, Sediqa’s father was finally persuaded, and the ceremony took place in the utmost secrecy, to prevent the Taliban from bombing the wedding.

Despite his lengthy absences, the crackling walkie-talkie that was never turned off and the hardships of living with a military leader embroiled in a vicious civil war, Massoud proved to be a caring and attentive husband. He called his wife by her pet name, “Pari”, meaning “Angel”, and encouraged her in education and sport – not a given in Afghan society of the time. He was also a doting father, who spent as much time as he could with his growing family, even receiving official visitors with a baby on his knee. Sediqa bore him six children, the youngest of which was only three when Massoud was killed.

“This book is grandiose and intimate at once, and it will help break through the shackles of Afghanistan’s traditions and tear at the country’s veil of silence.”
Elle

“Beyond the portrait of a valiant warrior, Sediqa describes a man who wanted peace for his country. Days before his assassination, he asked his wife to speak out and serve as a representative of the courageous Afghan women, and she does him justice here.”
Madame Figaro

“Since the assassination of Massoud on September 9th 2001, his young widow has not broken her vow of faith: her account, written in the ink of indelible tears, is all the more moving because of it.”
Gala