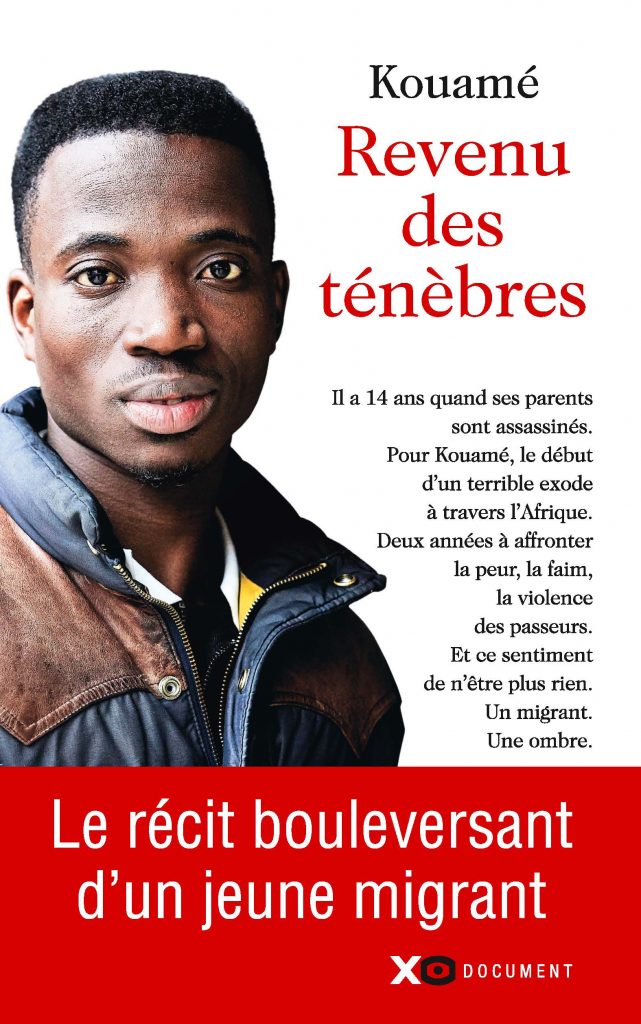 It is Saturday December 8, 2012 and 14-year-old Kouamé is relaxing and watching TV with his Dad while his Mom and sister are busily preparing lunch. A Saturday like any other, until the front door opens and the unspeakable horror enters. Fear. Fright. The devastating shock of seeing one’s parents assassinated before your very eyes. His older sister Aicha finds the courage to utter the two words “get out” before being attacked by the two murders. There is nothing left for Kouamé in this country. Nothing other than the fear that the killers will return and kill him as well. So Kouamé hesitates no longer than one second before jumping from the window and fleeing.

He thus begins a terrible exodus across Africa. He crosses into the neighboring country and decides to go to Libya, because he is told that it is possible to live like a king there, that everything is free and that there is also work to be had. However instead of the Libyan paradise he expected Kouamé is faced with the cynicism of the smugglers, the hell of the deserts and the refugee camps. At only 14 years old he realizes that he who falls down is condemned to die.

To keep standing tall Kouamé continually thinks of his sister. The hope that she is alive gives him the feeling that he is not alone on earth and the power to hold on to life. Because if Aicha is alive, if she is looking for him and learns that he is dead, she won’t be able to carry on living. Stand tall for Aicha, so that she also has a reason to live.

And after Libya, his exodus continues into Algeria and Morocco where he must once again face the violence of the refugee camps: genuine slave markets. And then comes the ultimate test: crossing the Mediterranean on an overcrowded raft which, after hours on the sea, begins to slowly sink into the waves. Its rescue is a miracle.

Kouamé will not be swallowed by the sea. He will reach Spain, then France and, from station to station, will wash up in Toulouse with five euros in his pocket.

Today, after years of solitary exodus, Kouamé has reconstructed his life. Far is the darkness that threatened to swallow him up so many times. He is 19 years old and has a furious desire to live and testify for all these shadows we call refugees.

An exceptional story that leaves us shaken up, and revolted!