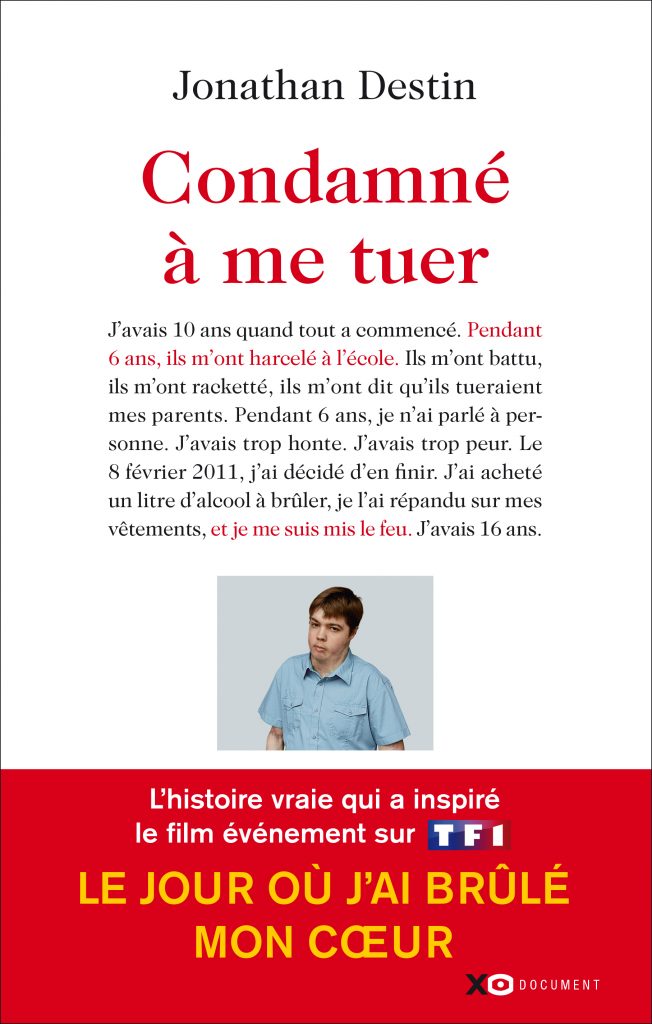 Sentenced to Take My Own Life

Jonathan was still in grade school when the baiting, insults and punches began. They made fun of him, his body, his last name (which means “destiny” in French)… Then came the threats: they demanded money, told him they would kill his parents.

Though he didn’t know it at the time, Jonathan is not alone. According to a 2010 OECD study, over 20% of children in Europe have experienced bullying in school. Like many children, fear and shame paralyzed him and kept him from speaking out; the adults around him didn’t notice or told him it was just kids being kids. Jonathan felt completely alone.

This ordeal went on for years until the day Jonathan was driven to set himself on fire. Death seemed like the only solution, the only way out. 72% of Jonathan’s body was burned, he spent three months in an artificial coma and underwent 17 operations.

Face with chronic and incessant pain, Jonathan lives to tell his story, along with his parents and sisters.

This is the story of a family shaken to its core by bullying. Sharing this story is part of the healing process as well as a warning cry in the hopes that it may encourage victims to speak out and adults to open their eyes.