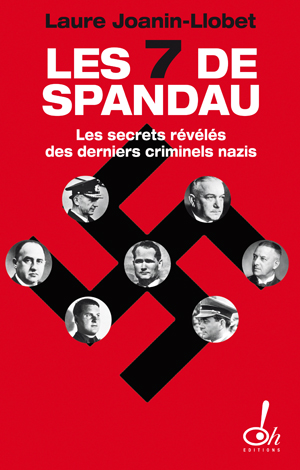 The chaplains of Albert Speer, Rudolf Hess, and other nazi criminals judged in Nuremberg, locked up in the Spandau prison, tell their stories.

Between 1947 and 1987, seven nazi ex-dignitaries, sentenced at the Nurember trial, served their time in Spandau prison, in Berlin. Among them were Rudolf Hess, the third man of the Nazi regime, and Albert Speer, Hitler’s architect, and the Third Reich’s minister for armament.

They were submitted to drastic prison discipline. The only people allowed to talk to these criminals, were the priests known as prison chaplains, who visited them once a week. For forty years, twelve men of faith succeeded one another in their duties towards these men, receiving their confessions, listening to their obsessions.
The priests of Spandau communicated with these men, made them think, were themselves overwhelmed by these incredible encounters. Several questions come immediately to mind : What did these criminals, among the worst in History, feel when faced with their punishment ? Did they begin to realise the atrocity of the Nazi regime ? Also, from the chaplain’s point of view, how does one approach a man when he has been an executioner of such magnitude ?

It took Laure Joanin ten years of investigation and research to find these chaplains, and convince them to tell their stories. Never before published documents – such as photos of the interior of the prison, personal letters – will be presented with this book.

The Spandau priests are French, two are still alive today. These witnesses of History talk for the first time of their experiences. For the first time, they tell us what happened within the walls of Spandau. And reveal its secrets.

Laure Joanin is a freelance journalist.