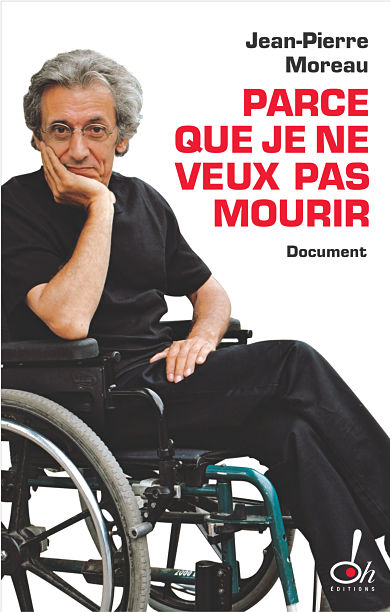 An incredible trip round the world in pursuit of the “other” medicines.

Imagine that you are thirty years old and suddenly you’re seized by recurring cramps which make you totter and fall over as if you were drunk, and that the doctors finally announce the terrifying news : you have multiple sclerosis. It’s a dreadful disease to have. All medicine can do is prolong your motor capacities as much as possible and palliate the often excruciating pain that multiple sclerosis provokes.

Jean-Pierre Moreau decided to confront his illness head-on, to seize it by the horns and look for a cure by himself. He began a desperate race around the world : Burkina Faso, Togo, Sweden, the United States, the Philippines, Santo Domingo – whenever he heard that there might be a possibility of a cure somewhere, off he went. First hobbling along on his own two feet ; then with the aid of crutches ; finally on a wheelchair. His condition was deteriorating inexorably. It was not until he got to India that he finally found the cure he had been looking for. Or rather, the cures.

Now, twenty years after being diagnosed, Jean-Pierre Moreau continues his travels all over the world. And the news is excellent: feeling has returned to the soles of his feet ; the stiffness in his limbs is receding ; he is convinced that one day he will be able to run again. One thing is certain : never before has he been as dynamic and creative as he is now.

“This astonishing trip round the world in search of all therapies reads like a novel.”
Belle-Santé

“This account will remain a beautiful and hopeful message.”
Psychologies Magazine

“A most sober account, about a pain which is not. About the pain of believing that you will not be able to walk anymore.”
France Soir