The extraordinary journey of a visionary woman doctor, from the USSR in the 80s, to France, land of rebirth and recognition.

Nadia is Russian, born in Leningrad (Saint Petersburg) in 1961. Her parents both work in research. At the age of five, she learns for the first time, at school, that she is Jewish…”Volf, you dirty foreign Jew! Get out of here, you stink!”

When her mother loses her job, the financial situation of the family becomes precarious. But Nadia still want to be a doctor like her parents. There are quotas for the Jews, however: for every 600 candidates admitted, only 6 will be Jewish, it’s the 1% rule. She isn’t discouraged, but rather impassioned for this vocation that grows within her. She wants to heal! She passes her exams after studying relentlessly day and night. That’s when she meets another young medecine student, Leonid, Jewish also, who will become her husband. When their child is born, they couldn’t be happier…But their happiness is suddenly in jeopardy. The KGB isn’t pleased with the success of Nadia the Jew, top of her class at the Leningrad faculty of medecine, specialising in neurology, and she is put under surveillance. That’s when the fear sets in. Not for herself, nor for her husband, since both are fighters, but for her son. The only way out is to escape.

But where to? An opportunity presents itself in the form of an internship of a few months’ duration offered by a French professor. In December of 1990, helped by a friend who works in the Finnish consulate, they cross the border at night, in order to get to Helsinki, with their child hidden in the trunk of the car. Their destination is France, in Nimes, where they have to start from scratch: learn the language, blend in, retake all the exams, ask for political asylum, which they finally obtain thanks to the extraordinary mobilisation of the Nimes Jewish community.

Becoming familiar with another world, that was the successful struggle of Nadia Volf, who practises medecine today in Paris with her husband. 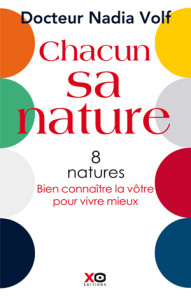 We are all unique

An individualized approach to pain prevention and well-being. Variety is the spice of life! You cannot cure everyone the same way. Nadia Volf explains how understanding our own natures can help ...

We are all unique 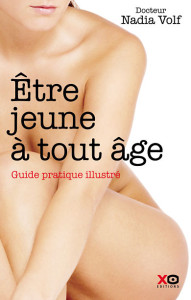 Being Young at All Ages

An illustrated self-help guide to a longer, happier life “In Ancient China, the custom was to pay the doctor…once you felt better. As soon as you fell ill, healthcare became free. ...

Being Young at All Ages